Our January meeting was a departure from our normal concert night. We are going to 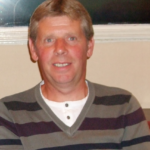 have a several practice nights before we have a concert night. This was our first changed night of the year. The night was well attended and there was lots of activity around the room all night. Accordions were played, tips given, minor repairs performed, items bought and sold and  putting the world to rights while drinking coffee or other beverages. The club is quite a sociable place and certainly somewhere that newcomers can feel welcome. If you know of any then please bring them along to future nights. David Batty

If you are learning the Ukelele, or want to see how they are played then the Ukelele Songbook is worth downloading from the following link. www.folkus.co.uk/resources

If you are an accordionist then you might still find the above download interesting, it has lists of words and chords so those of you who are ear players can use it to see the words and chord changes.

The museum also has a series of regular talks on other subjects such as one on William Leigh of Wigan: Master Clockmaker. A clock workshop and lecture by Stewart Whillis, and family history workshops. Visit http://south-ribble.co.uk/srmuseum for more details.

On Wednesday 21st of February 2018 from 10.00am there will be a free guided ramble of Hurst Grange Park.  The meeting place is The Car Park, Hill Road, Penwortham, PR1 9XH at 10am prompt on the 21st of February. This event and similar walks are supported by South Ribble Borough Council.  Volunteers will lead free guided rambles of of 3 to 6 miles long. Rambles are expected to take around 2 to 3 hours. All start at 10am prompt. Suitable footwear, including sturdy footwear is essential. Stiles and some uphill walking will be involved.  Their message is—Come along to get fit, make friends and explore the countryside!!  The Hurst Grange Park walk is a Moderate walk.

A similar walk starts at The Nags Head Public House on Wednesday 28th February 2018 (10.00am prompt)

Leyland Festival have just announced the theme for this years floats, its “Word Books”.  The date for your diary for Leyland Festival is Saturday 16th June. They are looking for Dancers/Performers/Artists etc. to get involved in the event. You can contact them via email at bookings@eventslive.co.uk. They say its possible to contact them via their website www.leylandfestival.co.uk but this wasn’t working when I tried it.  You can also call 01772 625567 / 625441. if you have any enquiries about performing at the event.

St Audries Folk Music Week starts on Saturday 1st September 2018. There is a programme of workshops during the day and then various activities in the evenings. Most evenings include some dancing so that you can see how the music and dance work together. The week starts with a wine reception at about 4.30pm on Saturday and continues until breakfast on the following Saturday morning. Telephone (01984) 632515 or email  info@staudriesbay.co.uk.

This Wednesday is a practice night. The doors open on Wednesday night at 7.30pm. Bring your accordion, if you have anything for sale such as an accordion etc. then feel free to bring them along and see if anyone is buying. If you have old music you don’t want, won’t play again or which is cluttering the place up, then we do have a donation pile that is always on the side wall as you come in the door. Feel free to add to or take from it. Most importantly bring yourself for a good chat. Please bring along your friends and anyone who might be interested in attending. If you see someone you don’t know then please say hello and make them welcome to the club.  If you see someone in the street you don’t know, please bring them along to the club!  See you there…

Klezmer-ish: Music of the Traveller

There is an event being held on Sunday 4th March from 8pm to 11pm, the venue is The Continental, South Meadow Lane, PR1 8JP.

Klezmer-ish is what happens when four classically trained musicians let their hair down, explore a wide range of music from travelling people across the world and fuse it all together into their own unique sound.

Tom Verity (Clarinets & Whistles): Tom plays clarinet with the Royal Liverpool Philharmonic Orchestra and is a member of the Sterling Trio. In his free time he loves playing jazz piano.

Rob Shepley (Guitar, Violin, Vocals): Rob is the sub-principal viola of the RLPO … but late at night he gets out his fiddle and guitar and plays anything from gypsy jazz to oldschool rock.

Concettina Del Vecchio (Piano Accordion, Violin): Connie is a sub-principal violinist of the Royal Liverpool Philharmonic orchestra, but she started her musical career on the piano accordion aged 3.

Marcel Becker (Double Bass): Marcel is the leader of the double bass section of the Royal Liverpool Philharmonic orchestra – and a massive salsa fan.

Tickets are £10 advance or £12 on the door and are available from https://www.seetickets.com/event/klezmer-ish-music-of-the-travellers/the-continental/1168781

The next meeting of the Wyre Club is on Wednesday 24th January at The North Euston Hotel on the Esplanade at Fleetwood, FY7 6BN. Further details tel. 01253 883681.

Harry Hussey is currently recovering after an operation, so Gennaro Fiondella has replaced Harry as a player at the Blackpool Festival.

The festival is to be held from the 9th to the 12th March 2018 at The Carousel Hotel in Blackpool.

Half Board stay is £229 per person. To save anyone phoning to ask, I already checked and there are no day tickets for the event, you have to book half board. To Book Contact John Romero on 01606 270148.

Described as everything from indie-roots to chamber-folk, West My Friend has an acoustic blend of instruments and three-part harmonies that challenges the conventions of popular music.

The band features pure and thrillingly elastic vocals with catchy arrangements of bass, guitar, mandolin, and accordion that draw from jazz, classical, folk, and pop influences. Inspired by artists such as Owen Pallett, Joanna Newsom, Bright Eyes, The Decemberists, and the Punch Brothers, and forged from a sonically adventurous acoustic music scene on Canada’s west coast, West My Friend is proving to be a key part of a new generation of grassroots folk music.

This tour is kindly supported by Folkus. Visit their website at www.westmyfriend.com to get a taste of the kind of music they play.

Tickets: £8 Each To purchase tickets visit the library or email claytongreen.library@lancashire.gov.uk.

Whenever I find accordion concerts nearby organised by other organisations, I find that the admission price is at least twice or three times the price we charge when we have guest artist concerts!

Harry was taken unwell a few weeks ago. After consulting with his GP he then drove himself to hospital and an operation was performed later that evening, soon after Harry was sitting up in bed feeling much better.   Harry was unable to attend Eastbourne Accordion Festival and some future gigs were also cancelled whilst Harry recovers.

On the 9th February Harry sent out the follow message

“Hello everybody. Just a quick report. I’m now out of hospital and doing well, but it will be a long haul before I’m able to be playing again. I will get there though. Thank you all for your support.
Love, Harry”

We and everyone at the club wish Harry a speedy recovery and look forward to seeing him soon.

Taking the audience on a musical journey around the World, English instrumental duo The Hut People (Sam Pirt and Gary Hammond) have firmly established themselves as one of the best loved, entertaining on the UK folk scene today.

Mixing global rhythms with folk tunes from Quebec to Spain, Scandinavia to Sussex and everywhere in between, this is a quirky celebration of our rich musical heritage – and it works so well!

This is a show like nothing you’ve ever seen before – expect feel-good dancing tunes, audience participation, step dancing, Quebecois foot-percussion (whilst playing the accordion!) and humour aplenty.

In 2017, The Hut People release their 4th studio album on the Fellside label entitled ‘Routes‘. The album features infectious melodies and foot-tapping rhythms with grooves from South Africa, Quebec and across the globe.

The following Hut People concerts are taking place in our local area if you would like to see them:

I am studying valve radio repair, alignment and restoration as a hobby, I managed to find a couple of non working radios which I can use in my studies, and hopefully repair and restore to good condition. One problem with keeping old radios alive is lack of spare parts, valves etc.

If you have any spare radio valves lying around in the back of a drawer, or an old radio in an attic gathering dust that you were thinking of throwing out, then please let me know and throw them my way. Even a radio that is beyond saving could have some useful valves and spare components in it.

I think many old radios probably go to the recycling centre and get broken up, which is a shame when they could either be restored, or used for essential spare parts for another project.   David Batty.