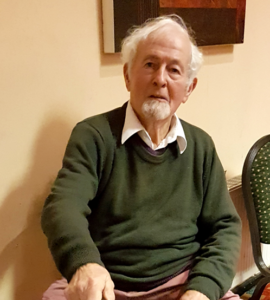 already knew we were in for a good night. This was a Jacobs Join night so while we set up the food our entertainment started with Bob Seed on drums and Gordon Priestly playing Oh How We Danced, Vienna Forever, Rochdale Coconut Dance, Weasel’s Revenge, La Noyee and Maria Jenny Gabriela. Staying on Drums Bob continued the entertainment with almost all the remaining players throughout the night. Our next player was John Robinson on his electric piano. John played Sunny Afternoon, Something In The Air and a selection of other tunes that I know not the title of. John Lennox then took to the stage on John Robinsons Keyboard.  John played Berkeley Square, The Nearness Of You, I Love You Just The Way You Are and A Merry Little Christmas.  Our next player was Ann Parker playing her Ukelele, she played Rudolph The Red Nose Reindeer, Living In A Dream and The Muck Spreader. Our next player was Steve Roxton. Steve played En Avant, The Umbrellas of Cherbourg, Carnival Of Venice, If You Leave Me and Whistling Rufus. Arthur Frankland then got his bagpipes out and, along with Patrick Halpin playing Accordion, played Scotland The Brave, Amazing Grace, These Are My Mountains and Highland Cathedral. After the bagpipes we had Harvey Seager on Trumpet along with John Robinson on Keyboard playing Mary’s Boy Child and Silent Night. Harvey then swapped to a Banjulele playing Ain’t She Sweet, Putting On The Style and Five Foot Eyes Of Blue.  Our next player was Andrew Baker on his Banjo, he was playing with John Robinson who was on the piano. They played Home On The Range, South Of The Border, King Of The Road and Jingle Bells. Bill Agnew then entertained us with Don’t Dilly Dally, Yes Sir That’s My       Baby, The Man Who Broke The Bank At Monte Carlo, Who’s Your Lady Friend, All the Nice Girls, Inky Pinky Parlez Vous, Irish Lullaby, Mountains Of Mourne, I Belong To Glasgow, My Wild Irish Rose, Cuckoo Waltz, Mocking Bird Hill, Song Sung Blue, Whispering, Swinging Shepherd Blues, White Christmas and Rudolph The Red Nosed Reindeer.  Liz Tait then took to the stage playing her Concertina, she played Preston, Ashton, Sailors Tune and Captain Pugwash. Bernard Bamber was our next player, he gave us You Are My Sunshine, Lassie From Lancashire, Roll Out The Barrel, Pack Up Your Troubles, Don’t Dilly Dally, Daisy, Lambeth Walk and Side By Side. To Finish off the night a number of us played together led by Steve Roxton. We played Luci E Ombre, Stop Your Tickling Jock, I Love A Lassie, Bonny Banks Of loch Lomond, Bluebell Polka, Scotland The Brave, Who Were You With Last Night, Margie, Yes Sir That’s My Baby, Swannee, O come All Ye Faithfull, Once In Royal David’s City, The First Noel, Silent Night, Jingle Bells, White Christmas, McNamaras Band, If Your Irish and, finally, to finish the night, Danny Boy. David Batty

We are starting to collect Membership fees for 2017, this is to remain at the same price it has always been which is £5 per year.  I keep prices down to make the club affordable while still helping towards our expenses. You can pay your membership on the door in December or January. The proceeds go towards the great artists we have lined up in the coming months, stamps for postage and also an Internet service to send out the newsletters to those who choose to receive the newsletter by email (those who get the newsletter by email get working links they can click on rather than have to type in). If you are paying by cheque please make your cheque payable to “David Batty”.

This Wednesday is a local players concert. This is a chance to resume your playing after Christmas if you have been too busy.  The doors open on Wednesday night at 7.30pm for a prompt 8pm start.  Please bring along your friends and anyone who might be interested in attending. If you see someone you don’t know then please say hello and make them welcome to the club.

New Years Eve on BBC One Scotland featured a show called Live From The Old Fruitmarket In Glasgow. Acts Performing at Hogmanay were Scottish singer-songwriter Amy Macdonald,  RURA, Hue and Cry – who play some of their classic tracks – and firm favourites Accordionist Phil Cunningham and Aly Bain. Live from Edinburgh – and one of the best street parties in the world – Carol Kirkwood mingled with revellers and introduced extra special coverage of Edinburgh’s spectacular midnight fireworks.  BBC One Scotland is available on Sky Channel 951, Freesat Channel 960 and Virgin Media channel 862 and of course you can watch the channel live online on BBC IPlayer. You can find Hogmanay on the following link which is available until 31st January www.bbc.co.uk/iplayer/episode/b087c9js/hogmanay-live-2016-live

We have received some extra information from the organisers of this trip to say they have added an extra visit to the largest collection (130) in the world of Bandoneons and Concertinas including some played by Astor Piazzola. There are still some places left on this trip. In previous newsletters we have included the full itinerary for this trip. If you would like more information or to book contact Peter Le Geyt on 020 8977 6680 or email plg@plgmarketing.com

In the last Newsletter we wrote about a new Accordion Magazine called “Accordion Post” that was due to start this January. We now have subscription information for this bi-monthly magazine is costs £27 for the year plus a postage cost of £7.20 To subscribe post a cheque payable to “Midland Accordion Festivals” and sent to 41 Siviters Lane, Rowley Regis, B65 8DP. You can also pay by Card over the phone on 0121 559 4620. This months 36 page magazine contains Club & festival information, news, CD reviews, letters, adverts, sheet music for Danny Boy arranged by Harry Hussey and other Accordion related Articles.

A week of Accordion concerts, orchestras and more, with plenty of activities for non accordionists too. Prices vary depending on the type of accommodation visit www.staudriesbay.co.uk or telephone 01984 632515

Oktoberfest Back by popular demand are Hans Fingers & Heir Dryer who will kick off all the fun of the festival, full cast of accordion artistes, Alan Young, Harry Hussey, John Romero, Bring your lederhosen then get ready to party.  £235 Per Person  for more information telephone 01606 270148

More details will be released nearer the time. The location will be at The Quality Hotel, Dudley. For information and to book contact Barry Smith 07831 354863 or email accordions2010@hotmail.co.uk 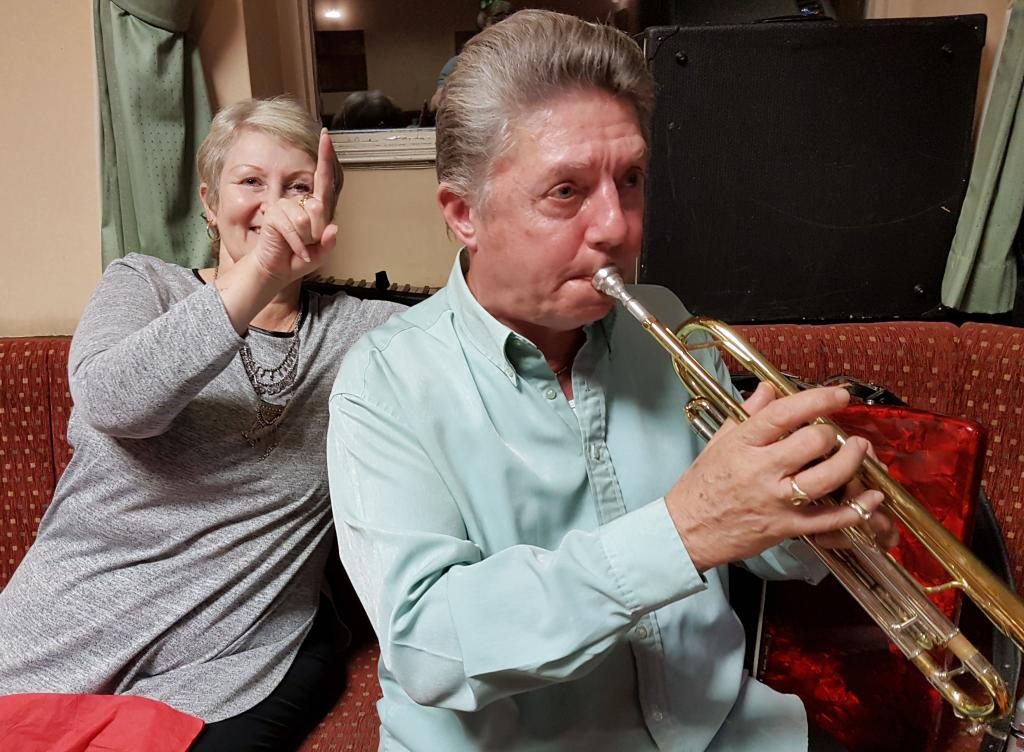 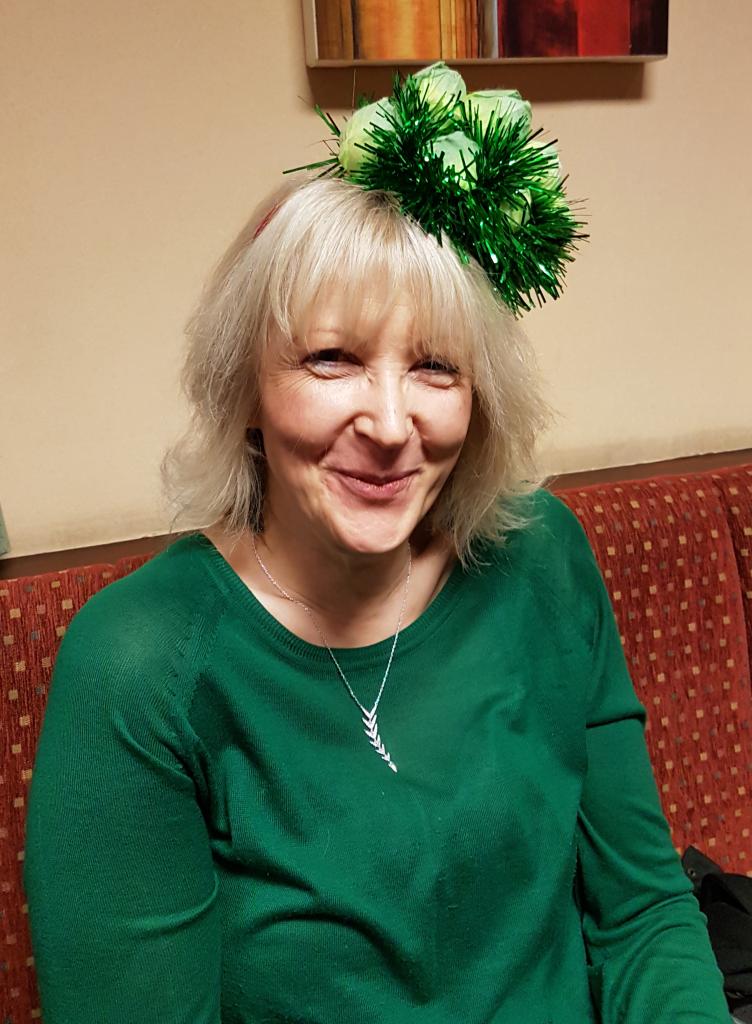 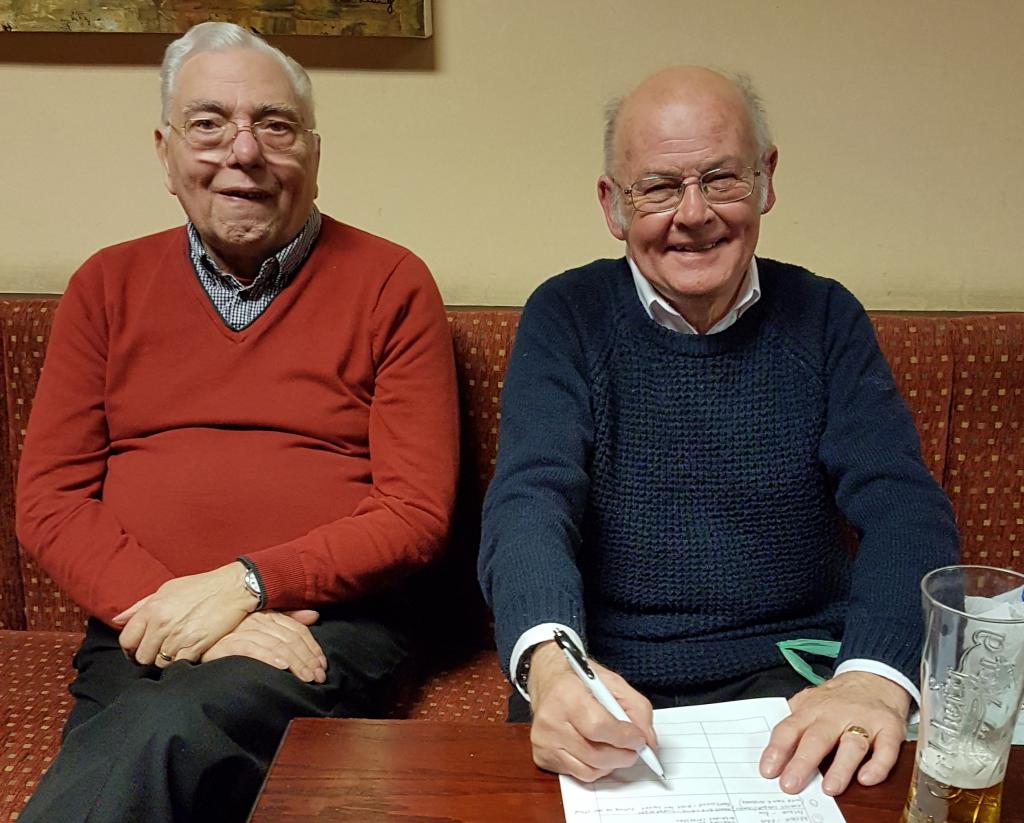 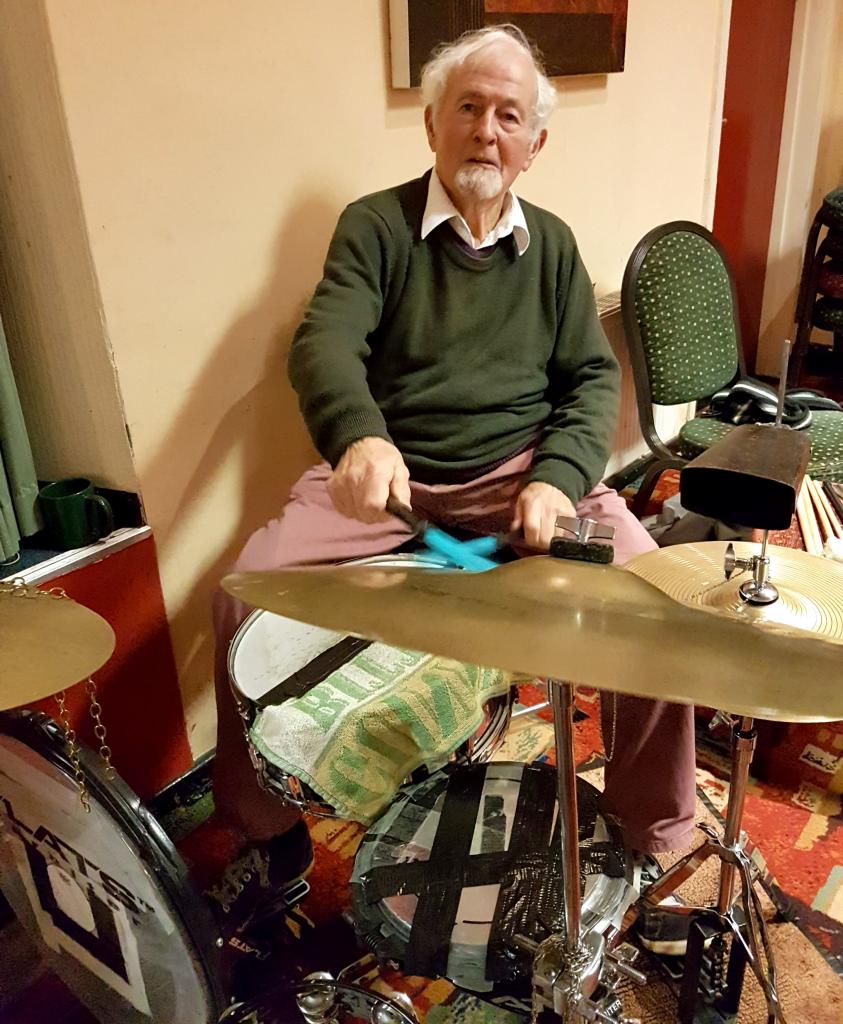 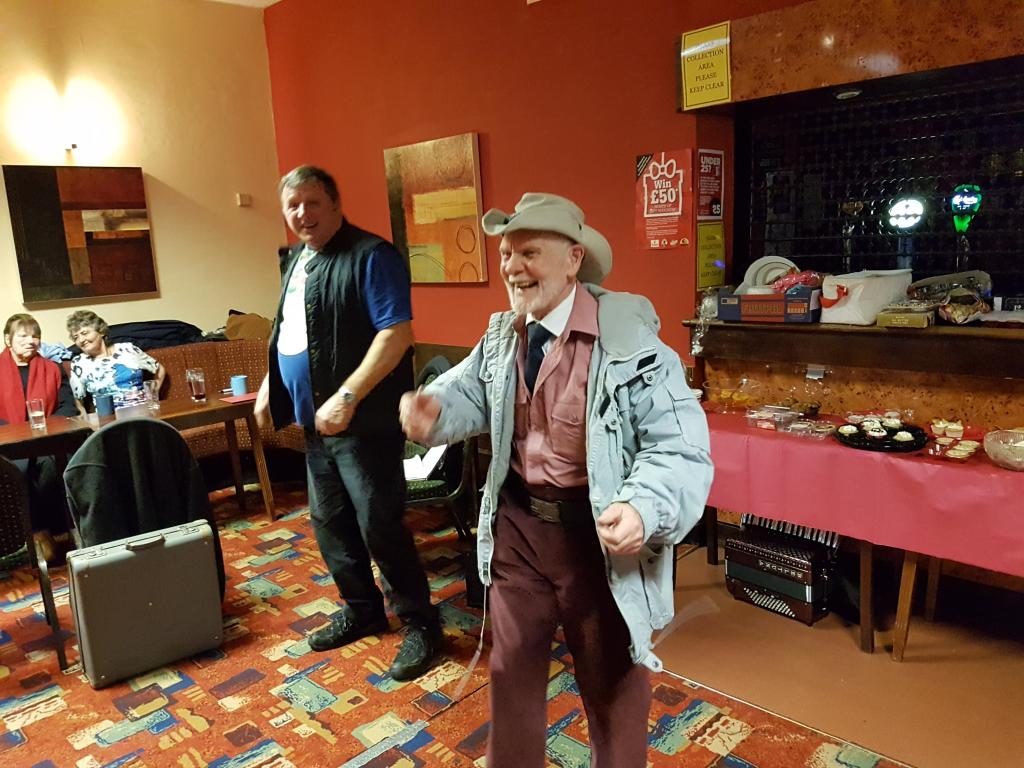 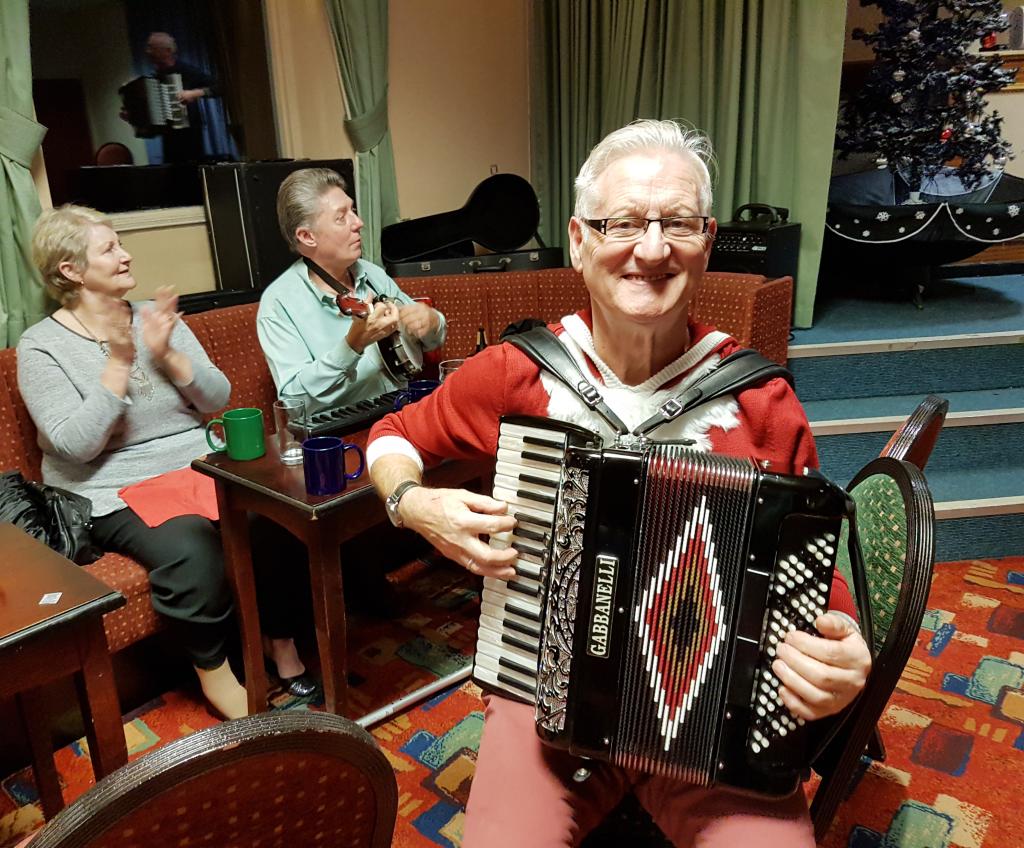